Sunday september 26 the official opening of the Cromvlietpark is celebrated. And the testing period for the Urban Waterbuffer starts. 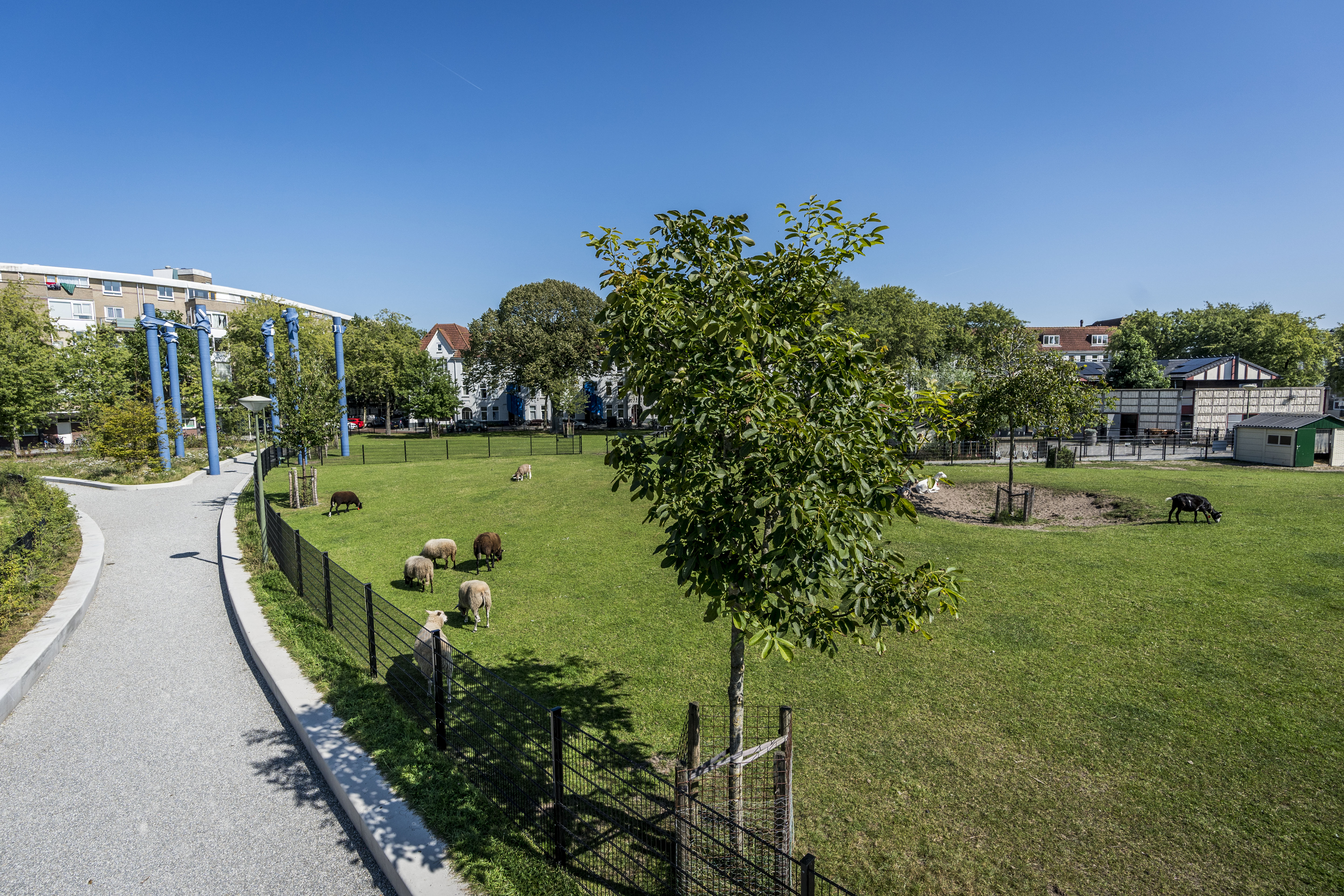 Sunday September 26th our project partner The Hague celebrates the official opening of the Cromvlietpark, with the Urban Waterbuffer.

The neighbors in the vicinity already enjoy the metamorphosis of the large, stoney square into a green park with trees, a new playground, a vegetable garden and animals at the urban farm. Now the park with the Urban Waterbuffer is finished.

The most innovative addition to the new park, the Urban Waterbuffer, will be tested in all seasons the coming period. The Urban Waterbuffer is an underground rainwater collector. When it rains, the water from the nearby rooftops, streets and quay flows to a central retention area in the park. The water then runs through a bio-filter, where special plants clean the water. The treated water is stored in a sand layer deep underground. During dry months, the water can be pumped back up to use for the trees, the vegetable gardens and the city farm.

It’s the first time a rainwater buffer of this scale is tested in a public space in an urban context. in which rainwater and surface water are stored in the deep underground. Storing rainwater locally in the deep underground, helps to dampen the effects of short heavy rain showers that otherwise put a large strain on the sewer system. Collecting and reusing the rainwater during hot and dry periods keeps the park green and helps to counter the so-called heat island effect of the surrounding buildings.